After a long career dedicated to advertising photography and television commercials, in 2000 Christopher Broadbent decides to recover a private and intimate dimension of his profession, to further deepen the subject of still life that gave him international fame in the world of communication for the suggestion and the strength of most of his images, actual icon of advertising history. Contrary to what often happens in the work of many photographers, in the case of Broadbent there is no discontinuity of artistic vision between the publicity production and the private one. It could be argued, instead, that the advertising world for many years had to adjust to his look, his atmospheres, his culture and taste.

Christopher Broadbent has always investigated the most bourgeois, secular, private and domestic form of art.

Philippe Daverio writes about him: «Still life is the quintessence of abstraction on behalf of the observer. In landscape representations, the subject describing it is necessarily inserted in it; in still life, the observer is external by definition. Here the first difference. The second, perhaps even more significant, refers to the object itself and its difficult definition, that leads to different words in each language: in German and English we find stilleben or still life, life quiet in its own poetics; in French there comes nature morte, even when the represented object is not necessarily subject to die; in Spanish, the extremely simple bodegón, meaning painting realized in the studio. Any case it is a composition out of time, in which the stillness of the elements becomes a reason for a sense of suspension disconnected from the surrounding reality. At the same time, a reflection of existence. Christopher Broadbent brings these considerations to their extreme consequences.His still life works are actual, but they could easily belong to the Dutch XVII Century. From the photo snapshot one inevitably slips to the endless time of History, just because the time element has been totally removed from these images, as the flower petals that are not falling, but are definitely fallen. Therefore, a paradox curiously emerges: the only photograph that could figure reality is the one representing an artificial, invented reality. In this way, the work of the photographer doesn’t mean anymore choosing and shooting, but composing and inventing, creating the miniature theatre that becomes the subject of the image instead of the object.

As in the ancient etchings, in this case the photographer is the one who delineabat et invenit the final work. The effect is highly appealing, because this way Broadbent overcomes the edge between photography and painting leaving the two techniques hook up in a new timeless sorcery, in which the past centuries of experienced sensibility come out like Jack in the Box, the little devil appearing from the bottom of our fantasy and memory».

«I use the twilight of an empty room – Broadbent explains – to suggest the suspended time waiting for an action or a conclusion. As for a tercet in poetry, I adopted a metric cage that has been used for age in still life: orthogonal structure, lightning from a window for a chiaroscuro drawing, marked horizontal prospective planes offering the objects as close as possible to the observer». 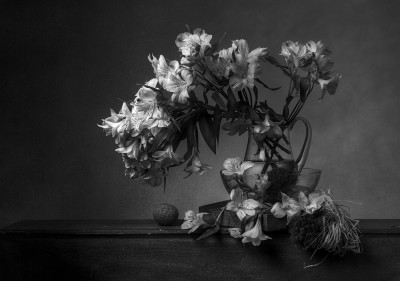 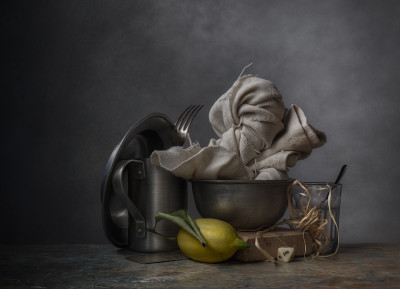 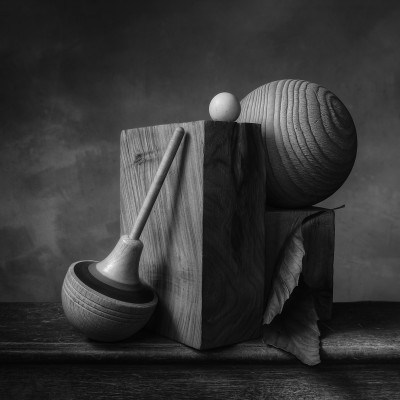 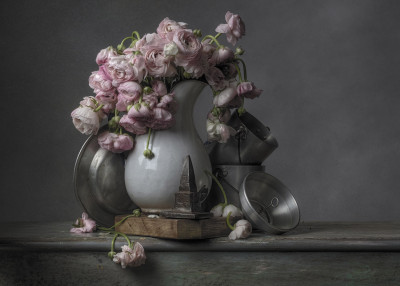 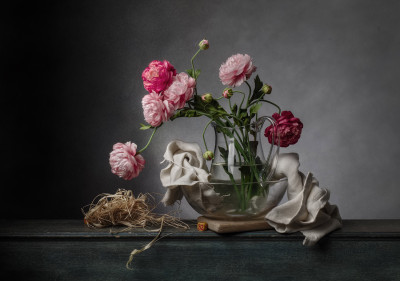 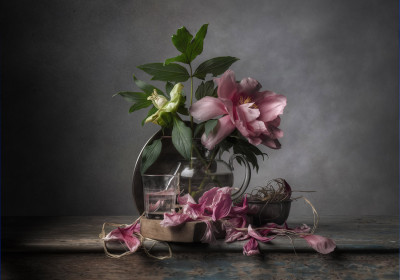 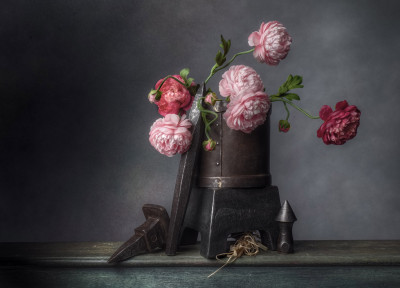 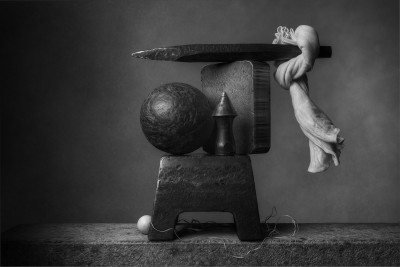 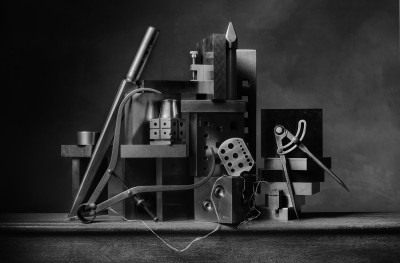 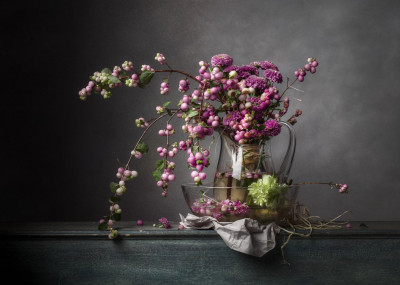