The new project of Danila Tkachenko is dedicated to the anniversary of Russian Revolution. The author implements the metaphor of “burning everything that is dear” and is literally burning the symbols of the departing era, liberating the space for the bright future. The avant-garde artists of the early 20th century have manifested and anticipated the dramatic changes in the social structure; they were stating that the new ideal world should be built, and to reach this utopia, it is necessary to erase everything that was static, traditional and obstructing the new way of thinking. The burning structures are shot in the rural area, in the “clear field”, and the twilight makes it unclear whether it is the sunset of the old world or the sunrise of the new era. 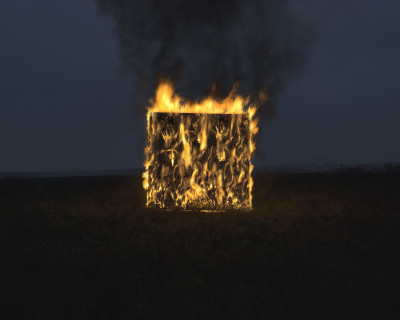 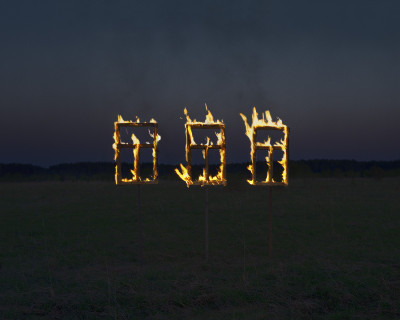